Arizona is turning blue. Josh is fighting for Constitutional Conservatives ensuring that Arizona’s 7th District is no longer shackled to out of control Democratic Party values that has long since left patriotic, everyday Americans.

Josh apologizes for the mix up last time.  We ended up having to reschedule him.  So he is definitely coming Wednesday July 31, 2019.

He believes Capitalism and the free market encourages people to work for themselves, improve their lives, and in turn to help others improve their own.

The socialistic Democrat agenda “redistributes” the wealth of successful people.  This ensures everyone shares the same low standard of living. Over-regulation and recent Democrat initiatives convert our society to a socialistic disaster which has created bars of entrance for common people.

Josh wants to free the lower and middle classes who have been burdened by these shackles.  He seeks to ensure citizens can create their own futures, just as he did.

Josh’s ideas will  encourage entrepreneurial minded people to find success through “opportunity zones” and other programs dedicated to increasing the number of all businesses, including Black and Hispanic owned companies.

A little bit about Josh.  He was born into humble beginnings in Indiana.  Josh’s father worked in the tire industry; his mother, a school librarian. Josh quickly learned the importance of conservative values through hard work plus respecting all those he came across. He lived in a typical midwestern home.  His life was full of sports.  He learned tenacity and hitting harder than anyone could hit him was one of those good traits he learned in sports.

Sports was a part of who Josh is.  He went on to play college football at Purdue University where he chose to major in Health and Fitness. While attending Purdue, he developed a  love for Bodybuilding.  Josh was introduced to an opportunity to start his own gym. Being of an entreprenueral spirit he latched onto this chance and helped work with several gyms throughout the U.S.  He decided to open his first gym right here in Arizona.  In 2010 he opened Metroflex in Arizona.  This is where he met his wife Bella.  They didn’t have a lot of money to start a business.  Josh knew what it took to become successful – he used everything he owned to begin Metroflex.  This included living out of the back of the building for over a year to be able to make ends meet. Josh never doubted his ability to create a successful franchise. Because of his diligence, passion, and strength Josh is now blessed with a happy family, a great business, and now, the ability to fight for you — to lead Arizona, and the United States in a better direction.

JOSH WILL FIGHT TO SECURE OUR BORDERS because he knows it is better for everyone, including those looking for a better life.

By building a wall along the southern border, we deter at-risk immigrants coming here illegally, including families, from taking unsafe paths into the U.S.

To learn even more of Josh’s agenda as a US Congressman, visit his website https://www.barnettforaz.com/aboutjoshbarnett

We look forward to seeing you all there Wednesday July 31, 2019 at the Denny’s Restaurant Banquet Room, 9030 N. Black Canyon Highway, Access Rd, Dunlap Ave Exit off the I-17.

​Let’s make sure we vote in CONSERVATIVEs with Conservative values and a strong love of Country and keep Arizona Red and our Country FREE! 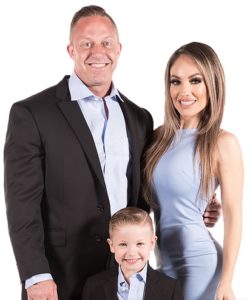