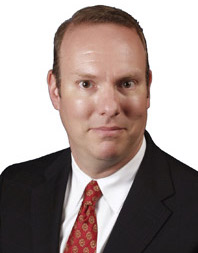 Loren Spivack “The Free Market Warrior” was born and raised in Massachusetts and spent most of his adult life in New York City. Before becoming active in politics, Spivack worked for several non-profits including management consultant for both profit and non-profit companies.

Spivack founded “Free Market Warrior” in 2009 in an effort to make a positive difference in American politics and economics.

His “Free Market Warrior” store was expelled from Concord Mills Mall in North Carolina in July of 2009 for selling material critical of the Obama Administration.  (Imagine that – the Mall owners & Simon Property Group, are major Democratic donors.) Since then Loren has devoted his time to teaching conservative groups about free market economics. He conducts “Economic Literacy” seminars across the United States. So far, Spivack has delivered his famous seminar on “Economic Literacy” to over 200 groups in 20 states.

Spivack is also the author of “The New Democrat” a parody history of the Obama administration, based on a famous children’s book.  With pitch-perfect rhyme and clever illustrations, “The New Democrat” transforms the political personalities of our times into cartoon characters in a conservative morality play.  (this should be fun & exciting)

Mr. Spivack is a huge supporter of Donald Trump.  He takes the opportunity to speak to groups that are behind Donald Trump whenever he can.

We are fortunate enough to have him come and speak to the Grassroots Tea Party Activists while touring across the United States.  I received a phone call from his scheduler Scott Miller who was directed our way by Shirley Dye of the Prescott Tea Party.