Sheriff Richard Mack, Founder of CSPOA, Former Sheriff of Graham County for 2 terms, Challenged the Constitutionality of the Brady Bill and won his case; Teaches US Constitution in Laveen Heritage High School 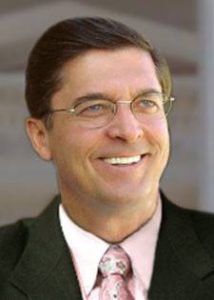 Former Sheriff Richard Mack, the Sheriff who beat the Clintons at the Supreme Court, he is the Founder of CSPOA (Constitutional Sheriff’s Posse & Officer Association and we have the distinct pleasure of having Richard as our guest speaker this Wednesday May 29, 2019.

For those of you who may have forgotten or don’t know a lot about former Sheriff Mack, he is an author / speaker and has served in many roles over the course of his 20 plus years in law enforcement.

Richard began his career with the Provo Police Department as a parking enforcement cadet while attending BYU.  He then became a full-time officer; promoted to Corporal, Sergeant, and Detective. He servea one-year assignment as an undercover narcotics agent during his 11 years at Provo PD.  It was then Mack returned to his childhood turf in Arizona where he ran for Graham County Sheriff and won.  That was 1988.

Richard served two terms as Graham County Sheriff until 1997; was named Elected Official of the Year by the Arizona-New Mexico Coalition of Counties in 1994; received the NRA Law Officer of the Year; was inducted into the NRA Hall of Fame; received the 1995 Cicero Award, Samuel Adams Leadership Award from the Local Sovereignty Coalition; also receiving the Gun Owners of America Defender of the Second Amendment Award.  Sheriff Mack has quite a list of accomplishments under his belt.

It was during this time, federal officers informed the sheriffs of the state they would be required to enforce the so-called “Brady Bill”.   This meant running background checks at their expense under the law.  In 1994, Mack and six other sheriffs from across the country, challenged the constitutionality of the Brady Bill.  They fought it all the way to the United States Supreme Court.  It was a monumental WIN decision for Freedom.

It took 3 years but in a landmark 5-4 split decision based on the Tenth Amendment to the United States Constitution, Mack won his case.

Mack as an undercover narcotics agent A graduate of the FBI National Academy, some of Mack’s positions include: patrol officer, undercover narcotics officer, hostage negotiator, youth officer, school resource officer, communications supervisor, corporal, front desk sergeant, detective, sheriff, Search and Rescue supervisor, jail administrator, and DARE instructor. Mack has been a consultant on numerous cases regarding police abuse, brutality, and other misconduct by public officials. He has joined with other members of the law enforcement community to speak out in favor of drug policy reform.

He is a graduate of Brigham Young University.

Sheriff Mack has been a speaker at over 70 different Tea Party rallies all across the country, from Honolulu to Bangor, Maine.

He currently teaches Civics at a local High School in Laveen.  I wonder if we could interest Sheriff Mack in running for Maricopa County Sheriff.  He certainly has the credentials for being one of the best Sheriffs for Maricopa County.  Maybe we can all coax him into running.